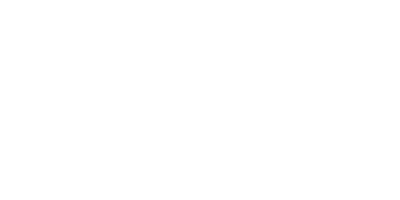 Housewife? The definition of "housewife" is "a married woman in charge of a household" (Merriam Webster). The word is almost a thousand years old, its first known use was in the 13th century. The word is old and it is very dusty. Its German equivalent "Hausfrau" is an exact translation, and every bit as dusty. More modern words in English are "homemaker", "stay at home mom" or "family manager". German appears not to possess a more modern term, extensive searches have failed to yield a modern equivalent. This showcases a fundamental issue in Germany. There is a word in German, "Hausfrauenehe". This describes the type of marriage in which only the husband is employed and generates the family's income. Theoretically every woman in Germany theoretically chooses for herself whether to work full-time, part-time, on a marginal basis or not at all when she has children. Sometimes, however, it is more [...]

ON the weekend or AT the weekend Ahhh, the weekend. Saturday and Sunday – no work, all play. Did you know, that the concept of a weekend is fairly recent? As part of the Industrial Revolution, workers often labored (very hard physical work) six or even seven days a week. The change came through 20th-century labor unions. Their activism eventually standardized the five-day workweek. In Germany the 5-day work week came into effect for alternating weeks in 1966. One Saturday in two was now work free. The Council of Ministers' decision of May 3, 1967, finally established the 5-day work week in the summer of 1967. And the difference between AT the weekend or ON the weekend? AT the weekend is British English, in Canada and the USA people use ON the weekend. Have an awesome weekend!!

Moral vs. Morale Nur das "e" unterscheidet "moral" und "morale", kein Wunder, dass die beiden so häufig verwechselt werden. Beide Wörter passen gut in diese Pandemiezeit, beide finden tägliche Anwendung. Moral – befasst sich mit "richtig" oder "falsch". "From a moral perspective, there should be a clear definition of who gets vaccinated first." Morale – befasst sich mit gefühlter (oder nicht) Begeisterung. "The morale in the population is very low after a year of lockdowns and pandemic restrictions." Only the "e" distinguishes "moral" and "morale," no wonder the two are so commonly confused. Both words are well suited to this [...]

Nostaliga: The Way Things Used to be (Before Times)

Nostaliga: The Way Things Used to be (Before Times) "Before Times" or "beforetimes" has come to mean the time before Corona. It has become a nostalgic expression for the time when masks were worn during surgery and hugs were commonplace. The expression is older and has special meaning for "Trekkies", fans of Star Trek. In one episode the "Before Time" was a time before a plague killed all the adults on a planet. Nostalgie: So wie die Dinge früher waren (Before Times) "Before Times" oder "beforetimes" hat sich zu einem Begriff für die Zeit vor Corona entwickelt. Er ist zu [...]